Join Us For
8 Days on the Rhine in AmaWaterways Luxury!

Learn all about this amazing cruise from our June 2nd webinar!
Watch Now

Escorted by your personal hosts, enjoy 3nts. exploring the fascinating city of Amsterdam, visiting museums, enjoying a Heineken or 2 and exploring the quaint bridges & canals. Spend at least 1 day out of the city touring the stunning Keukenhof Gardens, the world's largest flower garden, during the must-see tulip season!

Then board the new AMASiena and begin your picturesque cruise down the Rhine. Surrounded by vineyard-clad hills and castles from yesterday, the legendary Rhine will take you back in time. Experience the allure of France's Alsace region in its welcoming capital, Strasbourg, and its priceless gem, Riquewihr.

Discover Breisach and one Germany's sunniest city, Freiburg - gateway to the Black Forest. Fabled towns lost in time present you with a chance to taste local flavors - Rüdesheimer coffee and Kölsch beer—and to touch history up close with guided hikes and bike rides. From Amsterdam’s colorful canals to the majestic Swiss Alps, journey into the heart of the destinations you visit

The elegant 156-passenger AmaSiena, sister ship to the award-winning AmaLea and AmaKristina, will debut in 2021 as a 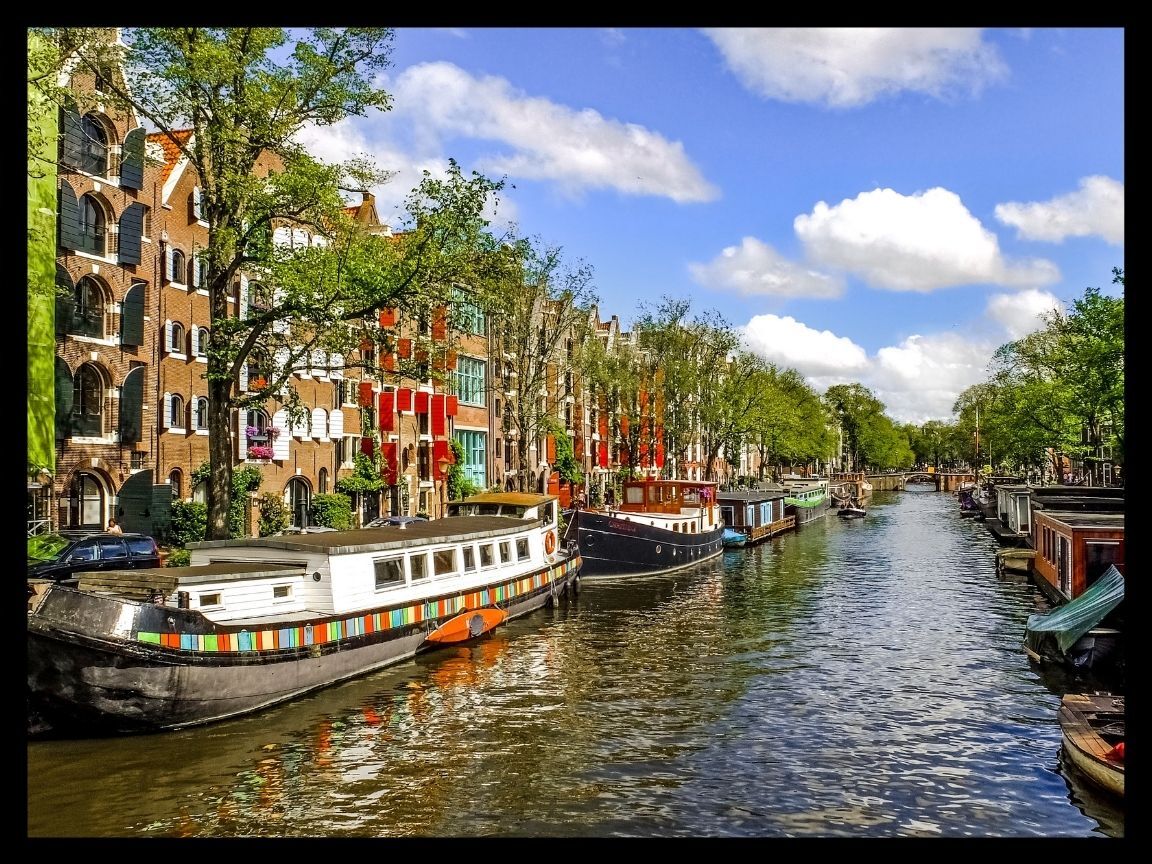 warm, welcoming ship with plenty of room for guests to unwind. Guests will have everything they need to enjoy their time on board, from comfortable staterooms with twin balconies that keep guests connected via Entertainment-On-Demand, free high-speed Internet access, and Wi-Fi to the sunny Main Lounge, where delicious tapas will be served throughout the day. The sun-deck walking track, pool with swim-up bar, workout area, and complimentary fleet of bikes will be available if you feel like getting some exercise. Alternatively, you can participate in an energizing class taught by a highly trained onboard Wellness Host. The exquisite cuisine served in the Main Restaurant and The Chef's Table specialty restaurant will, of course, fulfil all of your culinary desires aboard AmaSiena.

There are 165 canals in Amsterdam and you'll get to enjoy some of them on our canal cruise. Later in the day, we will be setting sail out of Amsterdam

Enjoy cruising to Cologne or Köln as we call the largest city on the Rhine in German. Cologne is famous for its medieval Catholic Cologne Cathedral and is one of the most visited sites and pilgrimage destinations in Europe. It is also a World Heritage site and houses the Shrine of the Three Kings which is believed to hold the remains of the Three Wise Men. The building of the Cathedral was started in 1248 and completed in 1880. 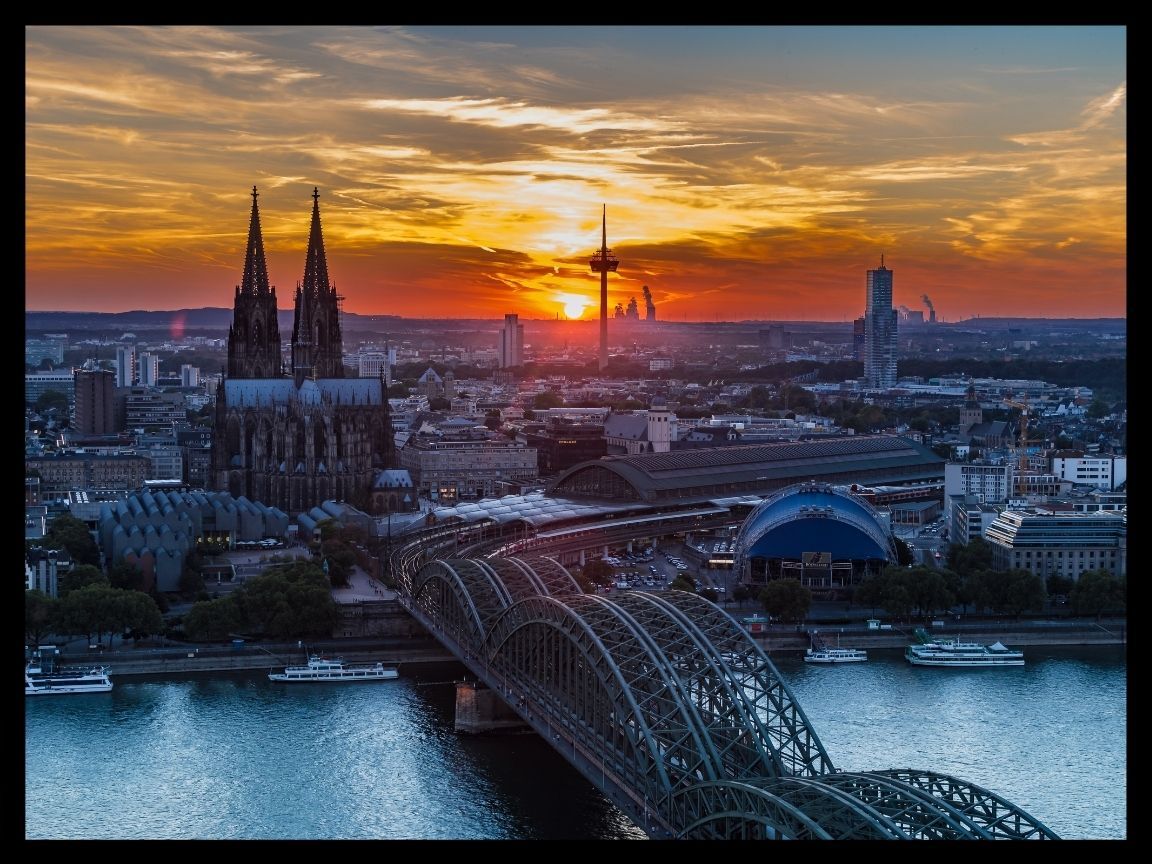 And of course, how can we forget about 4711 Eau de Cologne. This cologne has been produced since at least 1799 and the original 4711 store at Glockengasse, a popular tourist destination, offers guided tours and seminars. Apparently, Giovanni Farina wrote to his brother Jean Baptise 'I have found a fragrance that reminds me of an Italian spring morning, of mountain daffodils and orange blossoms after the rain' (Eckstein & Sikes pg 8) Not all of us have to agree.

Join a guided tour through the Old Town and explore the Cologne Cathedral. Continue to the Cologne Rathaus, Germany's oldest town hall and other local sights. For a different view, visit a local tavern to taste its famous Kölsch beer, only made in Cologne, and Reibekuchen mit Apfelmus (potato pancakes with applesauce). If you like to stay active, join a guided bike tour along the Rhine through the historic Stadtgarten.

The Rhine Gorge, a UNESCO World Heritage Site, is a 65 km stretch between Koblenz and Bingen in the German states of Rhineland-Palatinate and Hesse. Here, the Rhine lies within steep walls that are about 200 m high. The slopes in this area have long been terraced for agriculture, in particular for vine-growing. Riesling takes up most of the acreage followed by Müller-Thurgau and Spätburgunder.

The Rhine river has been an important trade route since prehistoric times and with increasing wealth, many castles appeared in the area but many castles were destroyed in the Thirty Years' War and the ruins are a popular attraction. While many legends, myths and folklore exists in this area, the most famous is probably Lorelei. A beautiful nymph who used to sit atop a high rock singing. Many sailors, enchanted by her beautiful voice were drawn towards her and did not pay attention to the treacherous waters in this area and drowned. You will see the Lorelei rock near Sankt Goarshausen. 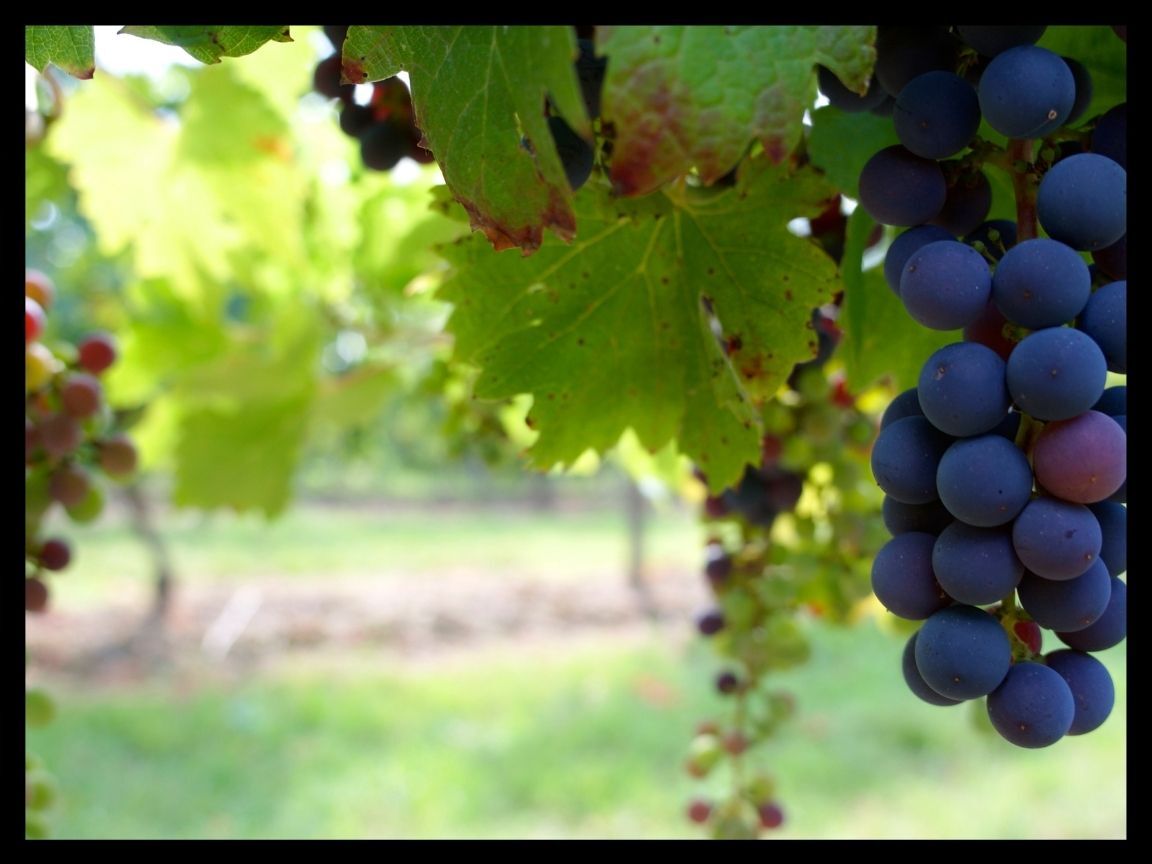 Arrive in Rüdesheim am Rhein and enjoy a wine tasting to discover the flavors of the town's iconic vineyards. Or take a gondola ride high above the vineyards to the Niederwalddenkmal for stunning views. For a more active adventure, hike through the town's beautiful vineyards or join a guided bike tour along the scenic Rhine River. Later in the day, let Siegfried's Mechanical Musical Instrument Museum charm you with its remarkable collection of self-playing musical instruments; or taste one of the town's special delights, Rüdesheimer coffee, ceremoniously made with Asbach Uralt (brandy), coffee and whipped cream. Delicious!

Did you know that in 1966 a whale lived in the Rhine for one month? The whale swam upriver as far as Bonn and then returned into the North Sea.

Did you know that the Rhine serves as a guiding line for migratory birds such as cranes?

Ludwigshafen is your gateway to a choice of three excursions. Visit Heidelberg, the perfectly preserved medieval city nestled in the Neckar River Valley along Germany's Castle Road. Discover the iconic red sandstone Heidelberg Castle and Great Vat, an 18th-century, 49,000-gallon wine cask. This is the only one remaining of four barrels that were made between 1591 and 1751. For a more active adventure while in Heidelberg, join a guided hike up Philosopher's Path, aptly named during the Romantic Period, and enjoy panoramic views of the city. Alternatively, you can visit one of Germany's oldest cities, Speyer, known for the largest Romanesque cathedral in Europe - a UNESCO World Heritage Site - and the medieval Old Gate, Altpörtel. Or join a guided bike tour along the shores of the river Neckar and enjoy a cycling break to explore the picturesque medieval town of Ladenburg.

Heidelberg also is home to Germany's oldest and one of Europe's most reputable universities, Heidelberg University, founded in 1386. Heidelberg is also a scientific hub and home to renowned research facilities and was also designated a 'City of Literature' by the UNESCO Creative Cities Network. Heidelberg is located in one of the warmest regions in Germany and plants that are not typical for a central-European climate flourish here, including fig trees, almond trees and there is also an olive tree.

If you decide to hike on the Philosopher's Path you will have scenic views of the old town and castle. Traditionally, Heidelberg's philosophers and university professors would walk and talk along the pathway. 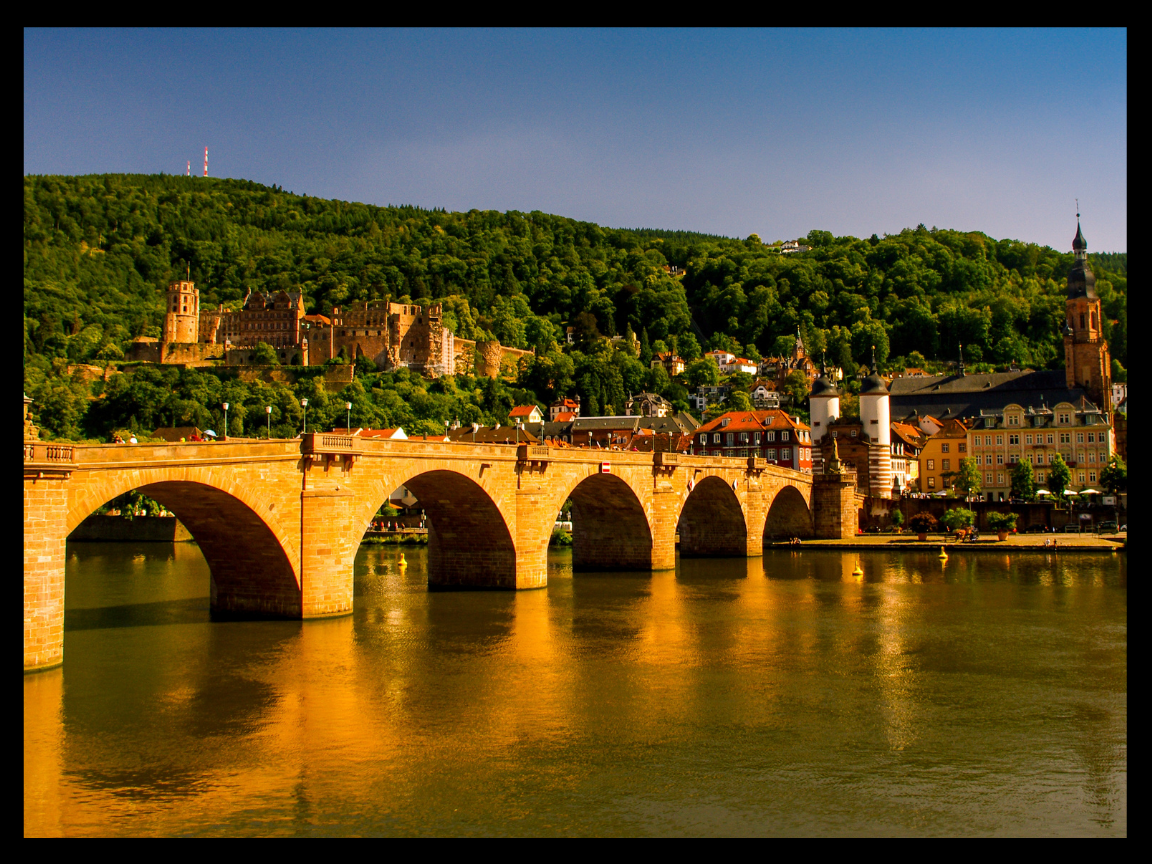 Farther up the mountain is the ruin of the 11th-century Monastery of St Michael, the smaller Monastery of St Stephen, a Nazi-era amphitheater, the so-called Pagan's hole and the remains of an earthen Celtic hill fort from the 4th century BC.

Speyer is one of Germany oldest cities and great for walking. The tombs of eight Holy Roman Emperors and German Kings can be found beneath the high altar in the Speyer Cathedral also listed as a UNESCO World Heritage site. In Speyer you will also find the Technik Museum, a technology museum, with walk-in exhibits of a Boeing 747-200, Soviet/Russian Buran spacecraft, Antonov An-22 and several other aircraft types, submarine, locomotives and more.

Strasbourg offers flavors of both France and Germany because of its borderline location and its history, being part of Germany and France for periods of time until 1944 when it became a French city again. Enjoy a panoramic tour past the stunning Parc de l'Orangerie, the European Parliament and the Place de la République before walking through its iconic 'La Petite France' district, lifted straight from the pages of a fairytale. Wander through charming streets past the Cathédrale de Nôtre Dame with its famous astronomical clock. Alternatively, take a guided bike ride through the city and Parc de l'Orangerie,

A wine that has been around since before Columbus sailed the oceans can be found in an old cellar underneath the Hospices de Strasbourg. And there's a barrel filled with wine from 1472 deep in this cellar, which was built in the 1300s but only recently 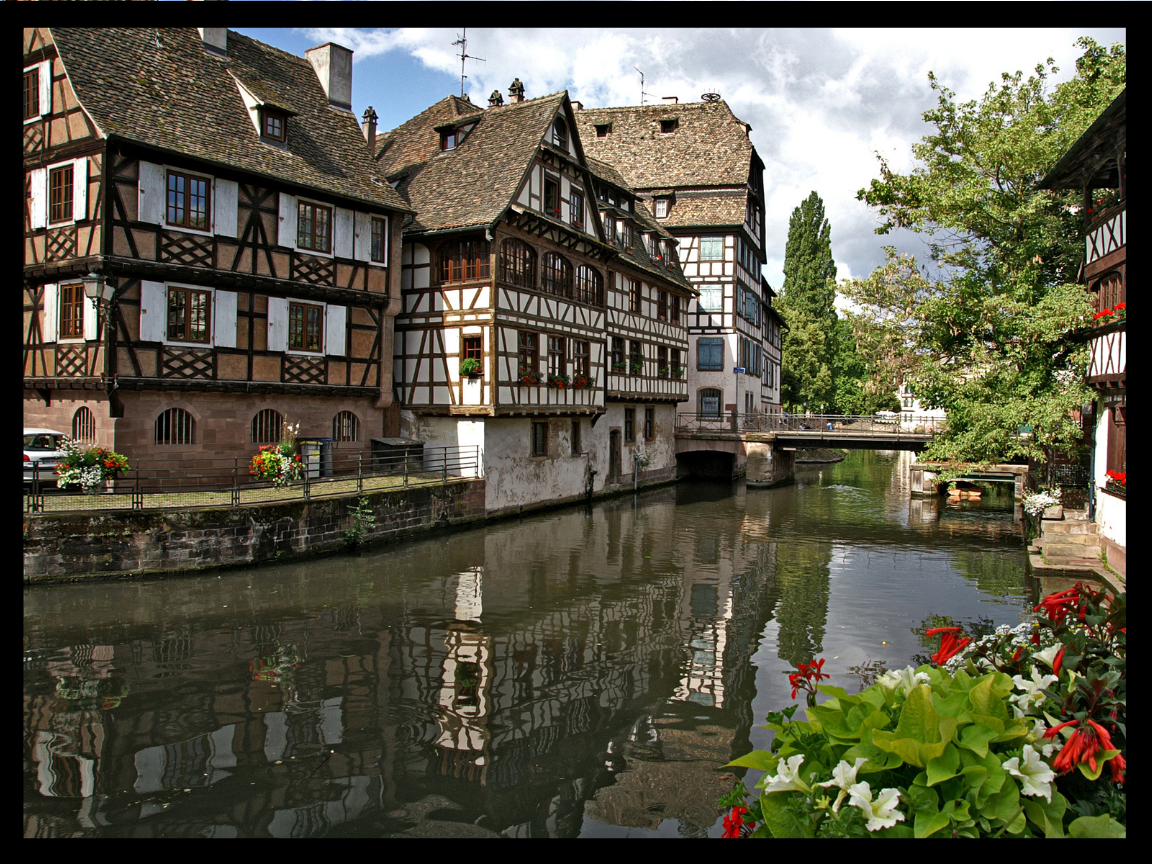 renovated in 1994. Was the year 1472 a good one? It was the year that snowball fights were outlawed in Amsterdam and Leonardo da Vinci was named a master in Florence's 'Company of Artists.' But what about the wine? At this point, it's difficult to tell. Currently, the wine vat can be viewed but is protectively behind gated bars for security reasons.

Alsatian cuisine is not only known for its food but also for its wine. The Alsace region is known for its dry Rieslings and aromatic Gewürztraminer and you might not think of beer but Alsace has many microbreweries that offer great craft beers. Try Choucroute, Flammekueche, Baeckeoffe or the regions' coq au vin made with Riesling instead of the usual red wine.

Breisach is your gateway to several different excursions. Located between the Rhine River and the Black Forest. Breisach shares a wine-and-food-loving community with its French neighbours across the river in Alsace. The town's iconic St Stephen Cathedral, pastel-hued houses and cobblestone streets give it an old-world charm that belies the fact that it was nearly completely destroyed during WWII and meticulously restored.

Step back in time with a visit to the enchanting town of Riquewihr, France which looks almost the same as it did in the 16th century. The town of Riquewihr and its neighbouring town Ribeauvillé are also said to be the inspiration behind the town from Beauty and the Beast. On your walking tour, admire historic architecture and famous sights, such as the Dolder Gate.

Alternatively, head to Freiburg, founded in 1120 and home to the Freiburg's Münster, a Gothic cathedral said to have 'the most beautiful spire' on earth. It is the only Gothic church tower in Germany that was completed in the Middle Ages (1330) and miraculously, has lasted until the present. The tower has sixteen bells, the oldest being the 'Hosana' bell from 1258. 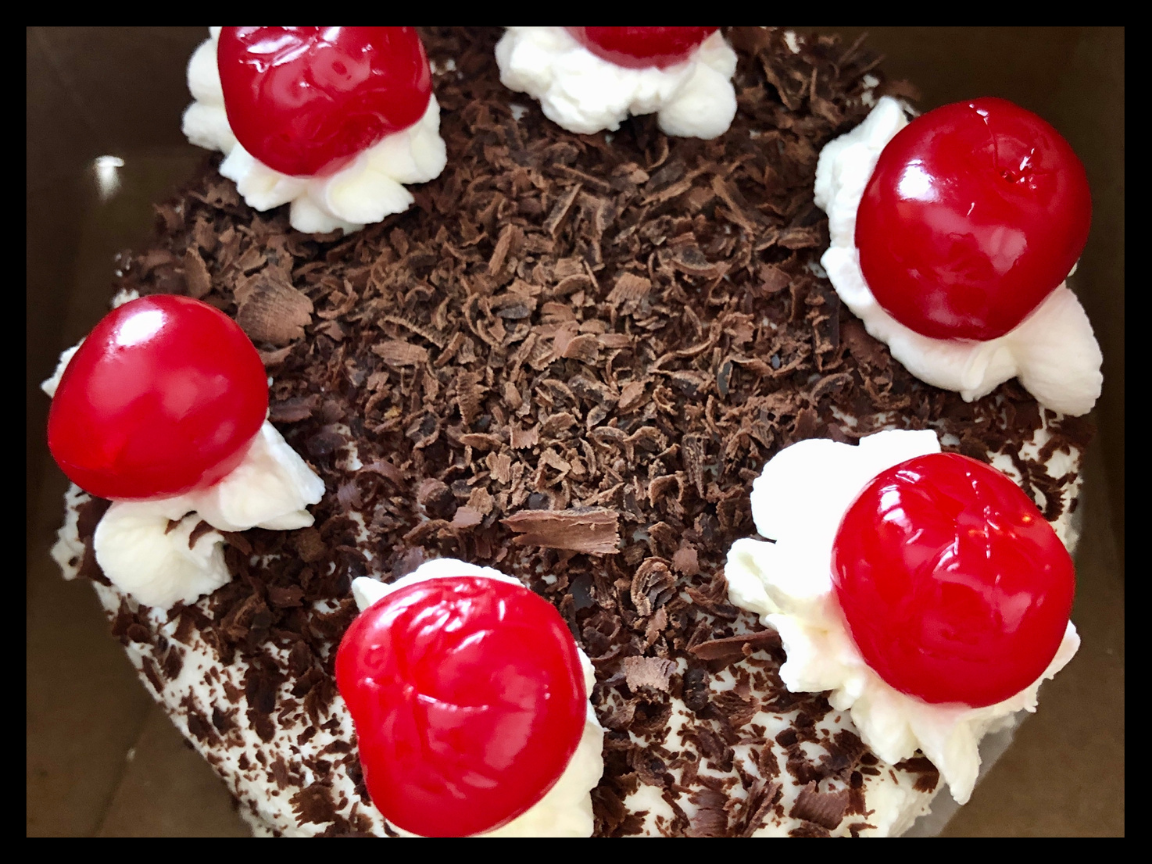 Those wishing a more active excursion can cycle through the countryside, or hike in the Black Forest, a magical land full of cultural traditions. Please note that the Black Forest Hike is weather dependent and may only operate at certain times of the year.

And how can we forget about Black Forest Cake, Black Forest Ham, White Asparagus and Zwiebelkuchen (onion cake).

After breakfast, bid farewell to your AmaWaterways cruise staff and fellow guests. Stay in Basel for a day or two or spend some additional time in Switzerland, France, Germany or Austria or even explore another river.

Basel is considered to be the cultural capital of Switzerland and is known for its many museums, including the Kunstmuseum which houses the world's first public art collection (1661) and is Switzerland largest art museum. The Old Town of Basel is quite nice with its medieval churches and beautifully maintained old homes.

Terms, conditions and restrictions apply; pricing, availability, and other details subject to change and/ or apply to US or Canadian residents. Please confirm details and booking information with your travel advisor.

Sign up for our newsletter to learn about the latest product news and deals. Also receive exclusive offers, contest details and giveaways.